Have you been arrested for BUI in Florida? 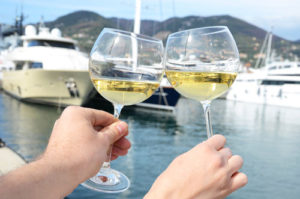 If you have been arrested for Boating Under the Influence (BUI) in Florida, you face serious consequences. The penalties for BUI are virtually identical to the criminal penalties for Driving Under the Influence. If charged with BUI in Naples or Ft. Myers, Florida, you should consult with an experienced Naples or Ft. Myers Drunk Boating (BUI) Defense Attorney.

When can law enforcement stop my boat?

Unlike with motor vehicles where an officer may only stop a vehicle based upon probable cause for a traffic infraction or reasonable suspicion of a crime, law enforcement can stop a boat at any time for the purpose of ensuring compliance with vessel and fishing regulations. Most often, boaters will be stopped for safety inspections or fishing inspections.

Will I be asked to perform field sobriety exercises on a boat?

What are the consequences of BUI?

The criminal penalties for a first offense BUI charge, without any aggravating factors, typically includes the following:

Will my driver license be suspended if I refuse to provide a breath sample following a BUI arrest?

No. Unlike DUI arrests where a driver’s license will be suspended upon refusing a breath test, there is no such suspension for refusing a breath test following a BUI arrest.  The penalty for refusing a BUI breath test is a $500 civil penalty. However, if the person fails to pay the penalty within the allotted time, they will lose their privilege to operate a vessel in Florida waters (and may be charged with a crime if caught subsequently operating a vessel). A second or subsequent refusal to provide a breath sample may be charged as a criminal offense.

What does the State have to prove to convict me of BUI?

1) That you operated a vessel, and

2) While operating the vessel, you were under the influence of an alcoholic beverage or a chemical or a controlled substance to the extent that your normal faculties were impaired, or had a blood/breath alcohol level of .08 or more grams of alcohol per 100 milliliters of blood/210 liters of breath.

If I am in charge of the vessel but not at the helm, can I still be charged with BUI?

Yes! According to the Florida Standard Jury Instructions for BUI, the term “operate” is broadly defined as follows:

This means that several different people may be charged with BUI so long as each is actively involved in the operation of the vessel.  It is not uncommon for large vessels to have a captain (or master), a navigator, and a helmsman, all simultaneously “operating” the same vessel.

Yes! Proving a blood alcohol level (BAL) of .08 or above is just one way the State can prove a BUI. However, even if a person’s blood alcohol level is below a .08 or you refused to submit a sample of breath, the State will succeed if they can show that you consumed alcohol and/ or chemical or controlled substance to the extent that your normal faculties were impaired. The State will use the testimony of the arresting officer along with other evidence such as your performance on field sobriety exercises that may have been captured on the video. Sometimes, other evidence may be used such as urinalysis results if a urine sample was obtained at the time of the arrest.

Yes! Everyone is innocent until proven guilty. A portion of the instruction provided to jurors in a criminal BUI trial reads as follows:

This means that the .08 presumption may be contradicted or rebutted during trial. Furthermore, a skilled BUI attorney will analyze the entire investigation and file the appropriate motions if law enforcement violated any of your constitutional rights. For example, if law enforcement did not have a valid reason to board your vessel or detain you for an investigation, then all subsequent evidence gathered may be suppressed leaving the State insufficient evidence with which to prove the case.

If you have been accused of Boating Under the Influence in the State of Florida and would like to contact a BUI Defense Attorney, please call 239-775-1004. Consultations are absolutely free and completely confidential.

Verderamo Law provides legal representation primarily in the fields of criminal law and personal injury law. While our offices are situated in Naples and Ft. Myers, Florida, we proudly represent clients throughout Collier and Lee Counties and their surrounding areas, including, but not limited to, Naples, Fort Myers, Bonita Springs, Estero, Cape Coral, Golden Gate, Immokalee, Lehigh, and Marco Island. For more information, call (239) 775-1004.