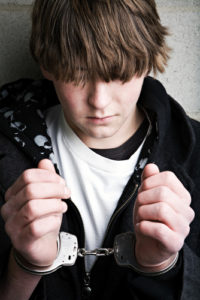 What happens when minors are charged with committing criminal offenses?

Minors accused of committing criminal offenses, unless prosecuted as adults, will resolve their case through the juvenile justice system.  Children in the juvenile justice system have similar rights as adults such as the right to a trial, right to an attorney (public defender if the child cannot afford to hire a private attorney), the right to force the State to prove its case beyond a reasonable doubt, the right to call witnesses or to question the State’s witnesses, the right to remain silent without that silence being used against him/her, etc. . . . One right that adults have, that juveniles do not, is a right to a trial by jury.  Juvenile trials are decided by a judge and are called adjudicatory hearings.

Are juveniles kept in jail pending the outcome of their case?

How does the DRAI score affect detention?

Typically, juveniles with a DRAI score between 0-6 points will be released to their parents.  A DRAI score between 7-11 points will usually result in some form of home detention (similar to house arrest when not in school or at work).  Some juveniles may be placed on electronic monitoring to assure compliance with home detention.  A DRAI score of 12 points or higher will likely result in twenty-one (21) days of secure detention.  However, regardless of the DRAI score, if the juvenile is charged with domestic battery, the child may be held for forty-eight (48) hours to allow for emotions to subside and/or for alternative living arrangements if deemed necessary to prevent further violence.

What to expect following a detention hearing:

Following the detention hearing, the Office of the State Attorney will review the case and make a decision on whether to prosecute.  If there is sufficient evidence to prove the case beyond a reasonable doubt, formal charges may be filed by way of a Delinquency Petition (assuming the State chooses not to prosecute as an adult).  For juveniles with no prior criminal history and relatively minor offenses, at the sole discretion of the State Attorney’s Office, they may be offered Deferred Prosecution or Diversion (also sometimes referred to as “Non-Judicial Processing”) which means that as long as the juvenile completes certain conditions or sanctions, the charges may be dismissed.

If formal charges are filed, the case will be set for an arraignment where the juvenile is formally informed of the charges against him/her and given an opportunity to resolve the case by way of a plea.  At that time, if he cannot afford an attorney, the judge may appoint a public defender.  Thereafter, the case will be set for a pretrial conference to allow the prosecution and the defense attorney to conduct discovery in preparation for the adjudicatory hearing.

If the juvenile is adjudicated delinquent (found guilty) at the adjudicatory hearing or otherwise enters a plea to resolve the case, the case will be scheduled for a Disposition Hearing.  Sometimes, the judge will request that DJJ prepare a Pre-Disposition Report (PDR), which takes into account the juvenile’s history and includes a sentencing recommendation for the judge to consider.

Finally, the judge will sentence the juvenile at the disposition hearing.  For juveniles with minor offenses and/ or a lack of criminal history, the judge might impose probation and order that the child complete certain conditions such as community service hours or letters of apology to victims.  For more serious offenders, the judge may commit the juvenile to a “program.”  A low-risk program usually lasts between 30-45 days.  A moderate-risk program typically lasts four (4) to six (6) months.  High-risk programs last from six (6) to nine (9) months.  Juvenile prison can range from eighteen (18) to thirty-six (36) months.

If you or a loved one has been accused of committing a crime and would like to personally meet with an experienced Naples Juvenile Attorney for a FREE and confidential consultation, please call (239) 775-1004.