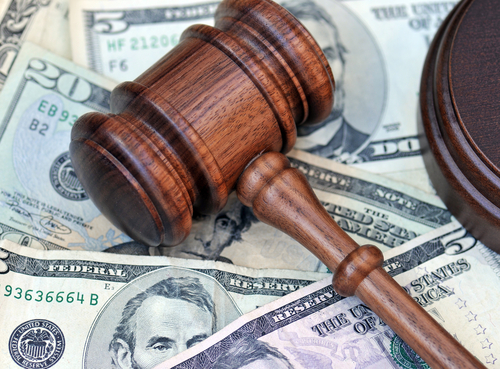 If you or a loved one has been arrested on criminal charges and would like to personally meet with an experienced Criminal Defense Attorney for a FREE and confidential consultation, please call (239) 775-1004.

What is a bond?

A bond is the monetary or cash amount that a defendant must provide in order to be released from jail pending the outcome of their criminal case.  The bond amount is typically designated by a judge at a “First Appearance” hearing, which usually takes place within twenty-four (24) hours of the arrest.

What is the purpose of a bond?

How much is a bond?

The amount of bond differs based upon several factors.  In some jurisdictions, a pre-determined bond schedule will apply for certain qualifying offenses, thereby allowing for a defendant to bond out prior to their “First Appearance” hearing.

Can I be released without having to pay a bond?

Possibly.  In certain cases, especially for less serious offenses, a judge may agree to release the accused without requiring the payment of a bond. This is commonly referred to as being released on one’s own recognizance, also known as “R.O.R.”

What factors will the judge consider when determining the amount of bond?

When determining whether to release a defendant on bail or other conditions, and what that bail or those conditions may be, the court shall consider the following:

(a)      The nature and circumstances of the offense charged.

(b)      The weight of the evidence against the defendant.

(e)      The nature and probability of danger which the defendant’s release poses to the community.

(g)      Whether the defendant is already on release pending resolution of another criminal proceeding or on probation, parole, or other release pending completion of a sentence.

(h)      The street value of any drug or controlled substance connected to or involved in the criminal charge. It is the finding and intent of the Legislature that crimes involving drugs and other controlled substances are of serious social concern, that the flight of defendants to avoid prosecution is of similar serious social concern, and that frequently such defendants are able to post monetary bail using the proceeds of their unlawful enterprises to defeat the social utility of pretrial bail. Therefore, the courts should carefully consider the utility and necessity of substantial bail in relation to the street value of the drugs or controlled substances involved.

(i)       The nature and probability of intimidation and danger to victims.

(j)       Whether there is probable cause to believe that the defendant committed a new crime while on pretrial release.

(k)      Any other facts that the court considers relevant.

(l)       Whether the crime charged is a violation of chapter 874 or alleged to be subject to enhanced punishment under chapter 874. If any such violation is charged against a defendant or if the defendant is charged with a crime that is alleged to be subject to such enhancement, he or she shall not be eligible for release on bail or surety bond until the first appearance on the case in order to ensure the full participation of the prosecutor and the protection of the public.

What happens if I am arrested while out on bond?

As a condition of pre-trial release (whether or not a judge sets a bond) defendants are to:

A)   Refrain from criminal activity of any kind;

B)   Refrain from any contact of any type with the victim if such is ordered, except through pretrial discovery pursuant to the Florida Rules of Criminal Procedure; and

C)   Comply with all conditions of pretrial release.

Should a person, while out on bond or pre-trial release, violate any of these conditions, their bond may be revoked, meaning they will be arrested and be forced to await the outcome of their case in custody.

Do I have to pay the entire bond amount in order to be released?

Once a judge sets a bond, a defendant has several options:

2)     Utilize a bail bondsman by paying the bondsman ten (10) percent of the bond, which the bondsman will ultimately keep.

3)     Request a hearing to reduce the amount of the bond.

4)     Remain in custody pending the outcome of the case.

If you or a loved one has been arrested on criminal charges and would like to personally meet with an experienced Criminal Defense Attorney for a FREE and confidential consultation, please call (239) 775-1004.