Is driving with a suspended license a criminal charge? 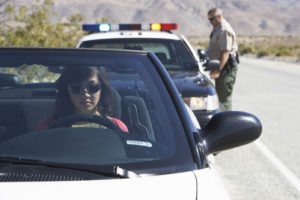 What are the penalties for knowingly driving with a suspended license?

The penalties will depend on the number of prior offenses. Knowingly driving with a suspended license carries the following maximum penalties:

In addition to the penalties mentioned above, the court may order probation with additional sanctions such as community service and further license revocation.

Does a previous non-criminal suspended license charge (driving without knowledge) count as a prior offense for enhancing a criminal charge?

What are the consequences of being designated a Habitual Traffic Offender (HTO)?

Habitual Traffic Offender designation results in a five (5) year driver license revocation by the Florida Department of Highway Safety and Motor Vehicles. Further, HTO designation requires a full year “hard” suspension meaning that the person may not apply for a hardship license until one full year has elapsed.

A person may become designated a Habitual Traffic Offender if they accumulate the specified number of convictions described below in subsection (1) or subsection (2) within a five (5) year period:

1) Three or more of convictions of any of the following offenses arising out of separate acts;

a) Voluntary or involuntary manslaughter resulting from the operation of a motor vehicle;

c) Any felony in the commission of which a motor vehicle is used;

d) Driving a motor vehicle while his or her license is suspended or revoked;

e) Failing to stop and render aid as required under the laws of this state in the event of a motor vehicle crash resulting in the death or personal injury of another; or

f) Driving a commercial motor vehicle while his or her privilege is disqualified.

2) Fifteen convictions for moving traffic offenses for which points may be assigned as set forth in section 322.27, including the offenses listed in subsection (1).

If you have been accused of driving on a suspended license in the State of Florida and would like to Contact an Attorney, please call 239-775-1004. Consultations are absolutely free and completely confidential.